Alumapalooza should be at the top of every Airstreamer’s list. I can’t describe everything we did and saw, so I will just include a few highlights.

The Alumapalooza team booked top entertainers (Josh Rogan, The Other Favorites, and Edgar Cruz & Michael Kelsey). No, Antsy McClain and the Trailer Park Troubadours weren’t booked this year, but the entertainers were amazing.

As long as we were wearing our badges, we had unencumbered access to the factory grounds. The factory is in a “free trade zone”, which meant that it is inaccessible to the public and trespassing is a federal offence. We had to keep our badges on so that we weren’t stopped by Federal agents, especially after hours. We wandered around at night looking at interesting units, like the hearse and the European model that was getting ready for shipping. We were not restricted at all.

Business trailers (no windows on road side) 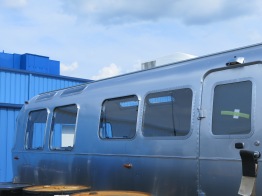 Business trailers (no tint on curb side windows) 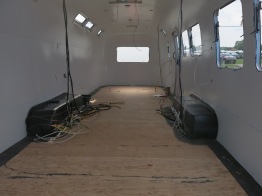 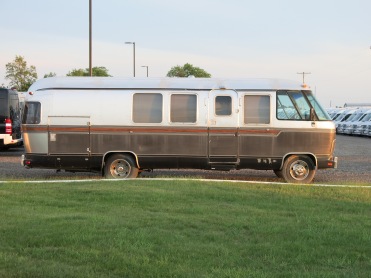 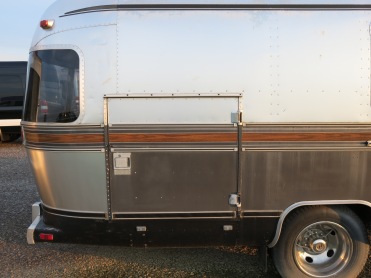 Side door (one on either side) for coffin 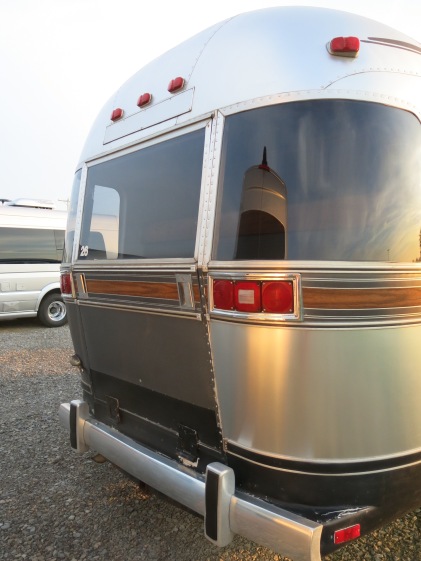 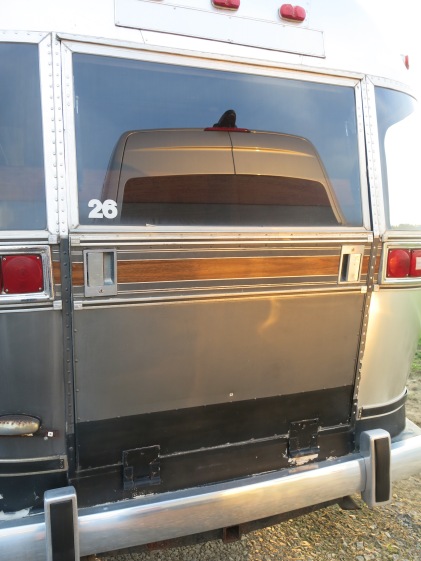 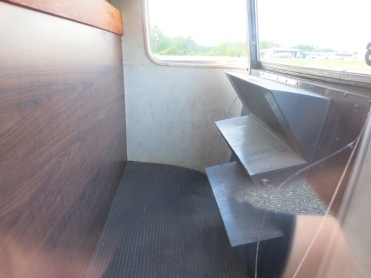 Steps from back hatch, through window 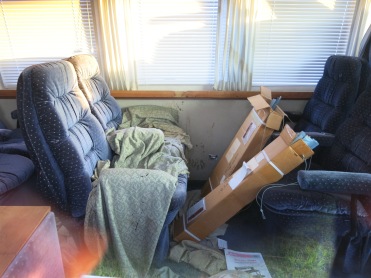 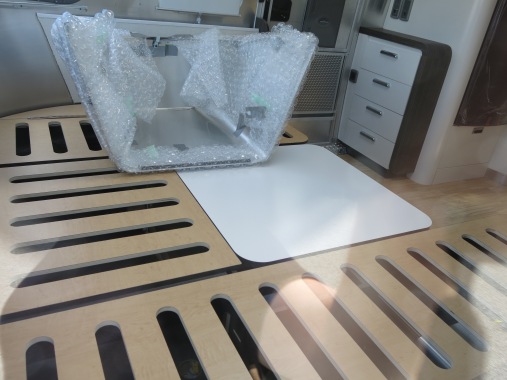 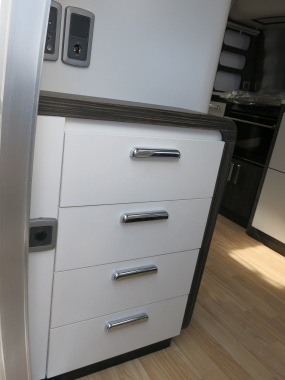 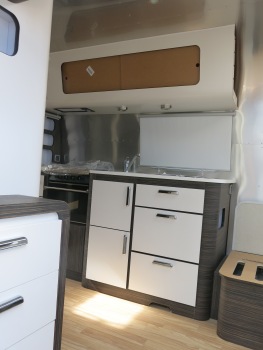 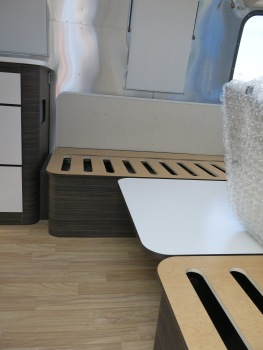 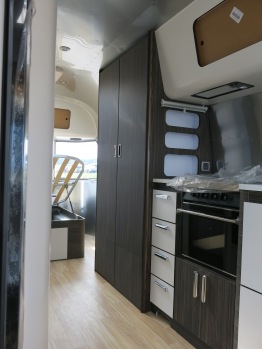 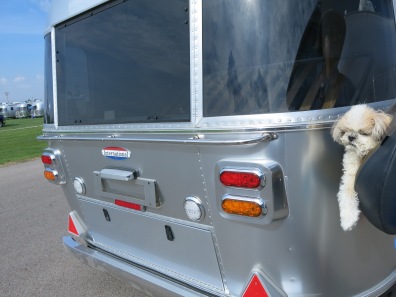 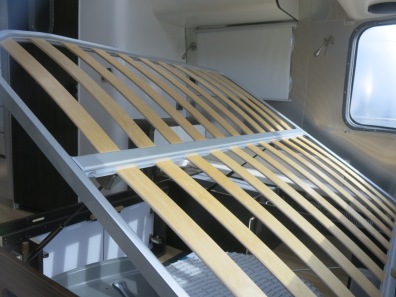 Interior of the Bowlus Road Chief: 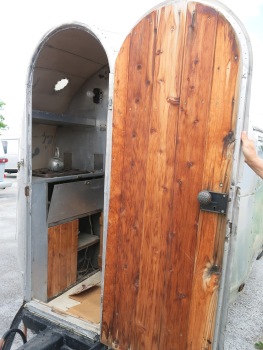 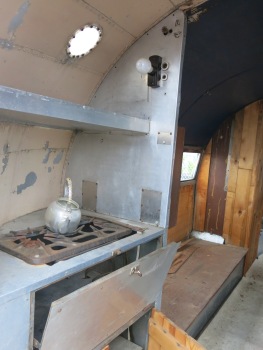 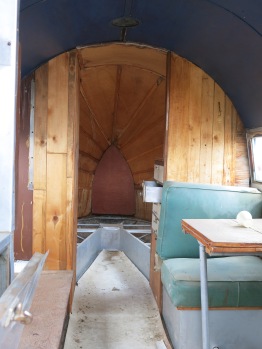 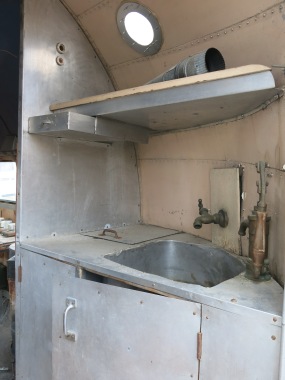 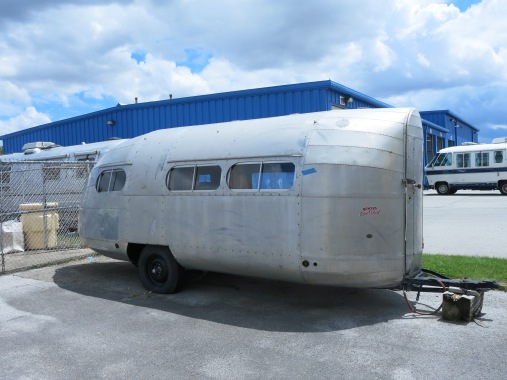 We learned to rivet with Jim Parrot. He brought in a section with ribs and aluminum skin and showed us how to use olympic rivets, which is what people likely use for repairs. Airstreams are assembled with buck rivets. 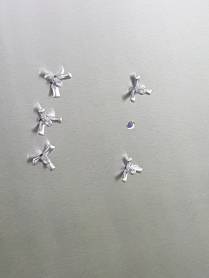 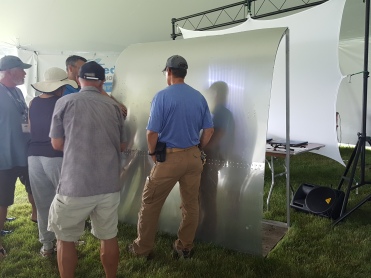 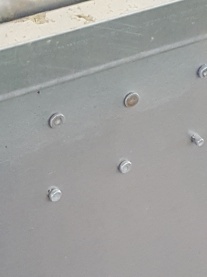 Colin Hyde taught us about Airstream renovations, rodent habitats, and preventing leaks. He said ALL, absolutely ALL Airstreams leak, but your best defence is being proactive by sealing often. His brother and sister-in-law (from Ontario) brought their completely renovated trailer and gave us a tour. Phenomenal! Colin completely renovates trailer by removing the frame and putting it on a rotisserie. He also removes the interior skins – that’s where he finds ecosystems behind those walls! He uses buck rivets for repairs, which requires removing the interior skins. He’s a great speaker.

The most-attended event was Andy Thompson’s (Can-Am RV) presentation about proper hitching. We learned so much. He is amazing! We had read all of his articles in Airstream Life magazine, but hearing him speak and explain procedures was invaluable.

Milo and Diane parked next to us, and we spent most of our time with them. They were so much fun and are animal lovers. They also introduced us to some members of their Vermont unit of the WBCCI. Milo and Diane have 2 senior German Shepherd Dogs, and Poppy kept her distance! However, one evening, we were sitting at their trailer and Daisy was restless. She started wandering about, and then we saw what she wanted: their big dog bed. So, the old girls got up and let Daisy take their bed! Daisy is rickety, but she still has presence! 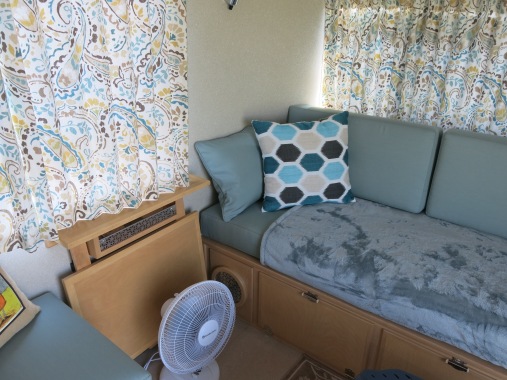 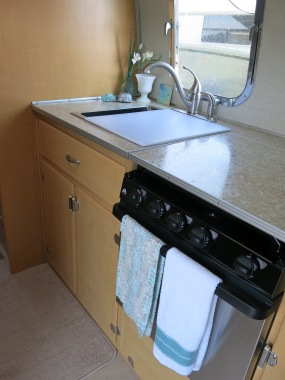 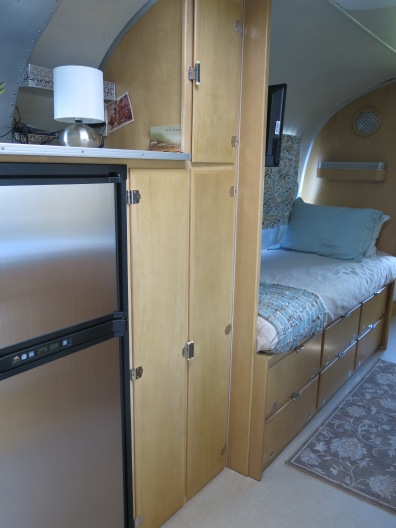 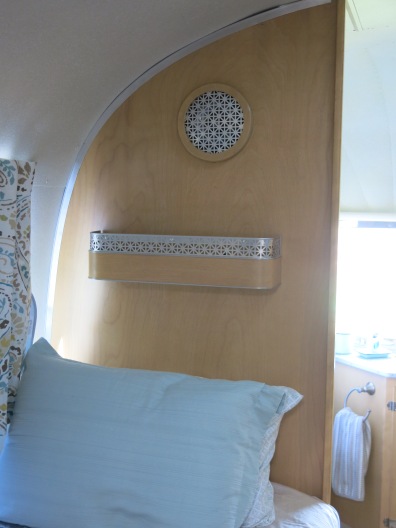 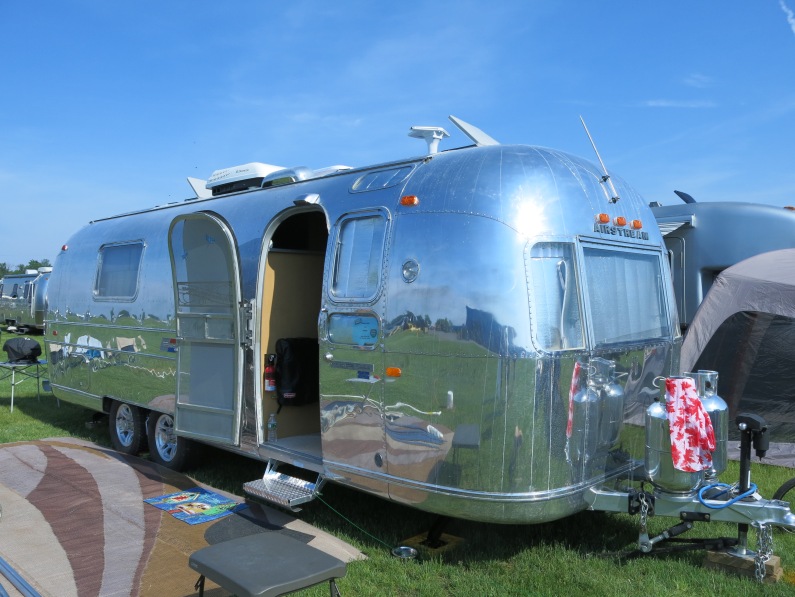