No introduction is necessary when an aluminum trailer enthusiast hears the name “The Shady Dell”.  It’s essentially Mecca for us.

The real reason why we came to Bisbee was to see The Shady Dell. I’ve been following this RV Motel since it started in the mid-1990s. We went into the office and asked if we could take a few pictures. What we got was a personal tour. We were so delighted! The “guide” took us through all the trailers that weren’t occupied and gave us a history on them. It was more than I could ever have hoped for! We asked if there was an admission fee, and he said, “We make enough from renting them, and we are happy to show them to visitors.” Can you imagine that? This was a dream come true.

Here is the little greeter who helped us explore the shiny atomic pods.  Let’s call her Sputnik!

The photos speak for themselves, but I’ll add a little commentary where necessary.  Fasten your seatbelt and get ready for lift off! 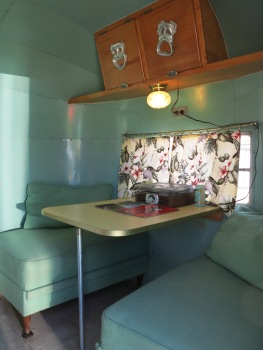 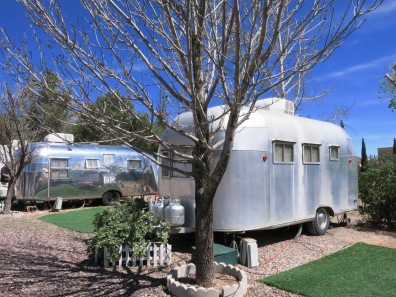 Of course, it looks a lot like an Airstream, but it isn’t.

Most of their trailers are Spartans.  They survived well in the dry Arizona environment.  Here is a 1950 Spartanette: 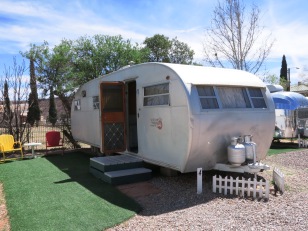 Many more Spartans:  Mansions and Royal Mansions.  Oh my! 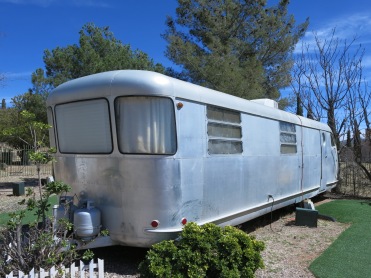 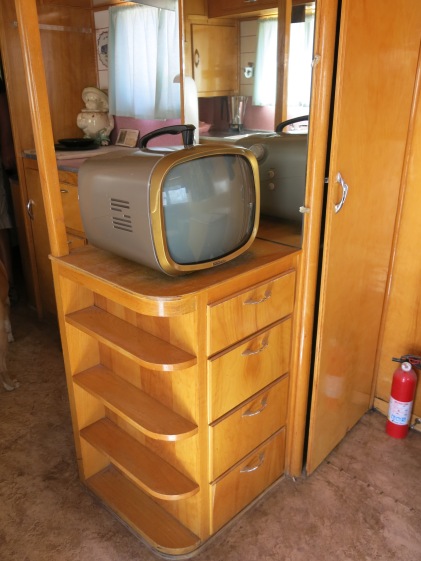 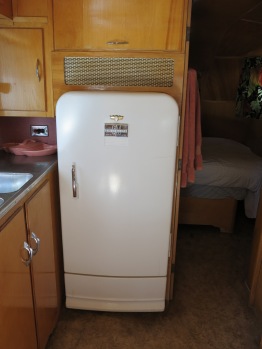 This little cutie isn’t rented any longer because it isn’t self-contained with a washroom:

This is a 1957 Airfloat. It’s rare to find one in its original anodized colour.  Some of the cool colors fell out of fashion and people painted them.  Gasp! 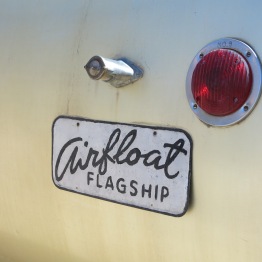 Plus a variety of other trailers, some for rent, some being worked on: 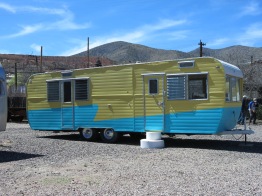 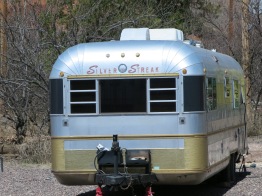 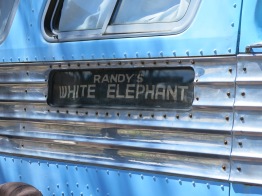 And other fun stuff: 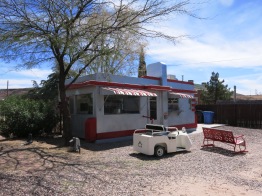 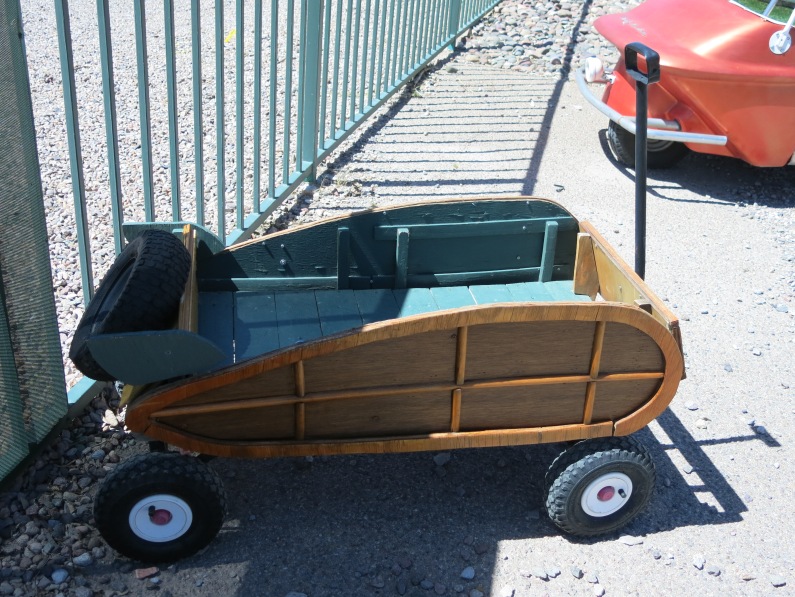 Although I was still in orbit, The Shady Dell guide also told us to check out Lowell, which was once a prosperous town that was demolished to dig a mine. There is one street remaining, and it’s almost a museum itself. 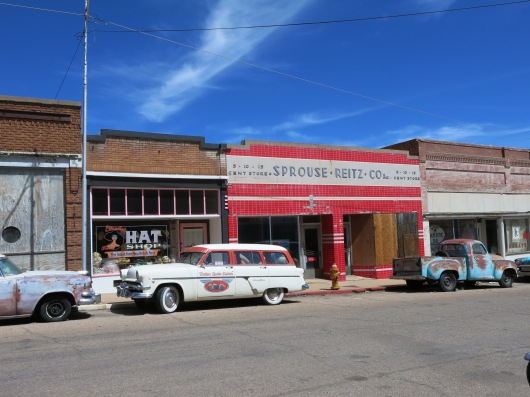 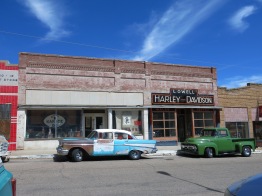 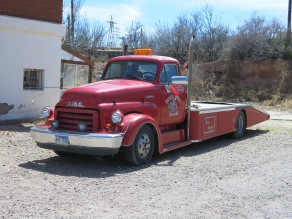 Let’s do the time warp again!

4 thoughts on “The Shady Dell”