Needless to say, we didn’t cross into Mexico with the “Party Bus.” Since we were so far south, we headed to Organ Pipe Cactus National Monument. This is a must-see stop for anyone interested in desert landscapes. It is massive (1,338 km²), and you really need a tow-behind vehicle to explore the scenic roads, so we just did some of the hiking trails.

We camped in the park at Twin Peaks Campground. Once again, this is dry-camping only, but the campsites are well spaced, level, and clean.  Actually, this is a very beautiful campground.  The showers are solar heated, so they weren’t attractive at this time of year.  I’m glad we have a wet-bath in our Chinook. 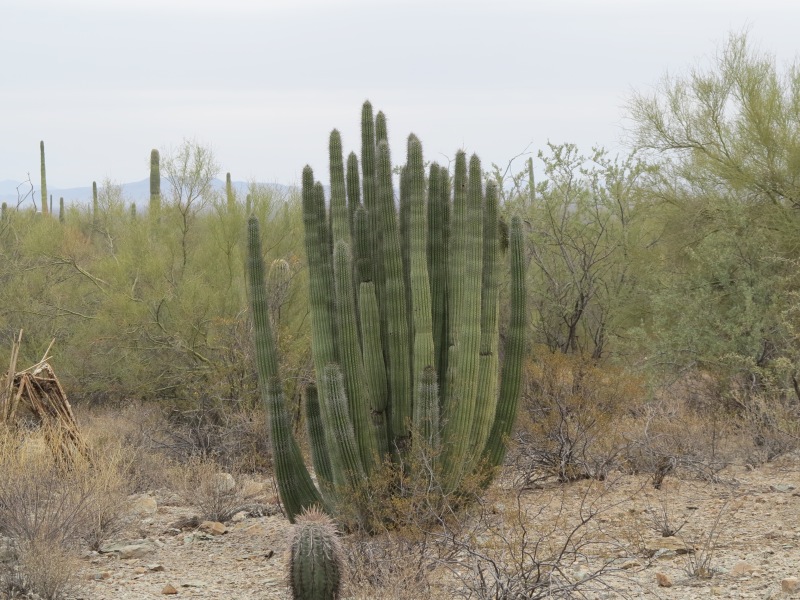 While we were camping, we met Ray from Love Your RV, and his little sidekick, Angie the Beagle. He was producing many YouTube videos during his stay. We have since watched some of them, and they are spectacular. 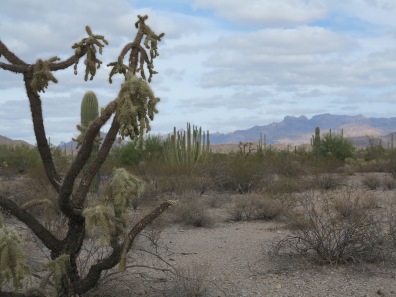 Our first stop was the Kris Eggle Visitor Center. It was named after a ranger who was killed by a Mexican drug smuggler in 2002. Most of the park was closed after that until 2014. Today, there are armed border patrol officers everywhere, which was strange to see in a national park.

The visitor center has a ranger program, so we stayed for a brief lecture and also studied the exhibits. 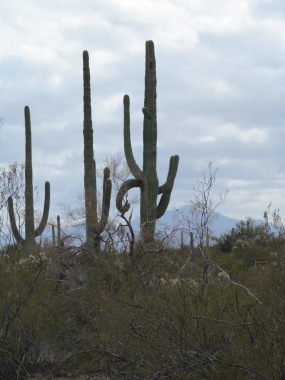 The weather was turning, so we decided to stay for the rain and hoped to see this “green desert” turn green. 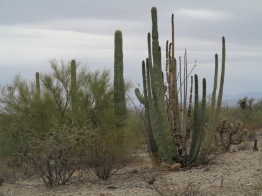 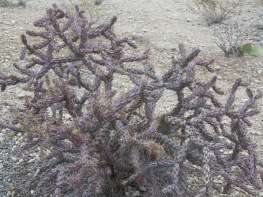 Dead cacti are also beautiful.  We learned that termites are essential for breaking down deadfall.  Otherwise, the desert would preserve and retain it all.

In the meantime, Ted and Dona and the Party Bus made it to Puerto Peñasco. Ted went to an insurance company there and got us a more reasonable quote ($94 US for one month). However, we would have to cross the border and buy it on the Mexican side. Next stop, Mexico!