Reaching Climax and the Border

We left Walmart early and went to Tim Hortons for breakfast. Our friends, Corla and Randy, left by 7:30. Since we got such an early start, we passed through Climax and got to the border before noon. This was our first time using this border crossing.

Poppy doing yoga in her Thundershirt:

For our border crossing, we took Daisy out of her kennel, but Poppy squeezed herself in! 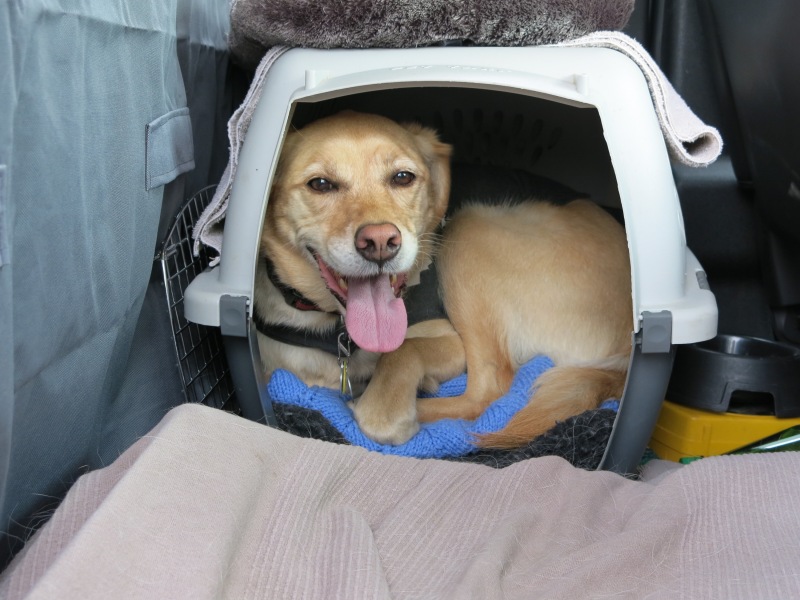 The border guards were such nice men. They were more interested in the dogs and talking about their dogs than ripping our trailer apart. We declared all the food we had, and as we expected, our garden tomatoes had to be thrown out. No problem. We were glad the dogs’ food was in a new sealed bag because they inspected that. The cheese was fine. Phew!  We had gone to the Bulkcheese Warehouse and purchased a  huge variety of  imported specialty cheeses. I swear I would have stood there and eaten all of it.  😀

The border guards had told us about the campground we were heading to and about the new owners. We will have to talk with them about buying an old disused KOA campground.

It is HOT here. It hit 100 yesterday while they were setting up. Fortunately, it’s only in the 90s today. I love the heat and rolling hills with sagebrush. More about Havre later.

Here is Daisy enjoying the air-conditioning.

After the dogs were settled, we made a run to stock the fridge. Now this makes a good mix! 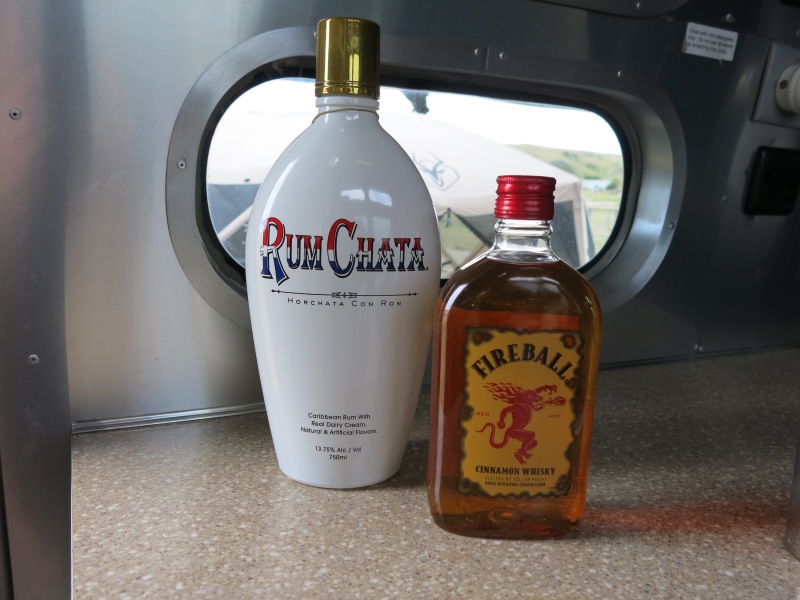 One thought on “Reaching Climax and the Border”